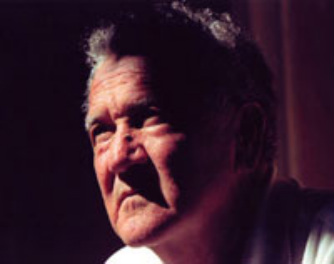 Charles’s grandmother, Nellie Errerreke Perkins, and his mother Hetti, were Eastern Arrernte women, Hetti was born at Arltunga, east of Mparntwe (Alice Springs), in Central Australia. Hetti’s young life was spent around the local mines and working on pastoral stations. During this time she had eight children, Percival, Bill, George, Nita, Margaret, Alec, Don and May. Nita and Margaret were taken away from her at a young age and sent to Adelaide. She never saw them again.

In 1935, Hetti met Martin Connelly while living at the Bungalow (Old Telegraph Station) near Alice Springs. Martin’s mother was a Kalkadoon woman from the Mt Isa region and his father was Irish.  Hetti had two children to Martin. They named their first child, who was born in 1936, Charles Nelson Perkins, and his younger brother, Ernest. Charles did not meet his father until he was 33 years old.

In 1945, Father Percy Smith, an Anglican priest, took Charles and other boys to Adelaide, with the permission of their mothers, to further their education. While Charles tried to make the most of the opportunity offered to him, he recalled the harsh discipline of the boys home, particularly after the departure of Father Smith. At St Francis House, the boys formed a strong, life-long bond with Father and Mrs Smith and each other. It was during his years in Adelaide that Charles began to understand the extent of discrimination against Aboriginal people.

Charles’s outstanding skills as a soccer player led him to England in 1957 to play for Everton. On his return to Australia, his soccer career culminated in him playing as captain/coach for Pan-Hellenic in Sydney. He was passionate about soccer and it helped finance his way through university after he married Eileen in 1961 and they moved to Sydney. In Sydney, Ted Noffs was to influence and support him in his endeavours. Charles entered the University of Sydney in 1963 and graduated with a Bachelor of Arts in May 1966. He was one of the first Indigenous Australians to graduate from university. At this time, he was also instrumental in establishing the Foundation for Aboriginal Affairs in Sydney and forged a lasting connection with the Sydney Aboriginal community.

In the summer of 1965, Charles organised a group of thirty students to travel to Walgett, Moree, Bowraville and Kempsey to protest against discrimination and poor living conditions. In his autobiography, Charles said “The Freedom Ride was probably the greatest and most exciting event that I have ever been involved in with Aboriginal affairs”. This unprecedented protest exposed the apartheid of country Australia and gave him a national profile in the media. He recognised that the media was a valuable tool to inform Australians of the plight of Indigenous Australians. He used it adeptly. In Canberra in 1972, he joined other young Aboriginal men at the Tent Embassy and defiantly called for compensation and recognition of Aboriginal land and human rights. It was also in this year that Charles received a life-saving kidney transplant.

Charles dedicated his life to achieving justice for Indigenous Australians.  His extraordinary achievements included appointments as Secretary, Department of Aboriginal Affairs; Chairman, Aboriginal Development Commission and Aboriginal Hostels Ltd.  He was actively involved in Indigenous organisations wherever he lived. He was elected ATSIC Commissioner in both Alice Springs and Sydney. In 1987 he was awarded the Order of Australia.

But it was at the community level that he was a household name.  He was a renowned activist and a fearless spokesman. The last 30 years of his life were made possible by the kidney donation. This miraculous gift made him determined to make a difference for our people and he did.

Later in his life, Charles proudly fulfilled his cultural obligations with his passage through law with his people, the Eastern Arrernte. Charles passed away in Sydney on the 18th of October 2000. His State Funeral, held at the Sydney Town Hall, was attended by thousands of people and the service was publicly broadcast outside of the Town Hall and simulcast on national television. His family took his ashes back to his hometown of Mparntwe and after a community memorial service, scattered his ashes overlooking the waterhole at his birthplace, the Bungalow.